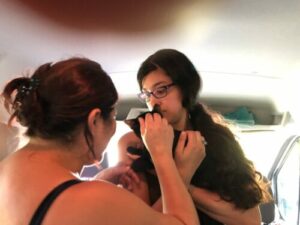 From the Community Cats files
by Lisa Goldstein

A cat was reported sick or injured, lying on the side of 192.

After a few days of recoup time; since she was already eartipped, I went to see if I could locate her colony. I asked every single business in the plaza where she was found as well as the adjacent streets, but no one knew of any cats in the area at all.

I called a colleague to check our log to see if we had any known caregivers in the surrounding areas, and there was a small cluster of contacts in the neighborhood on the other side of 192, so I headed over there. As I drove up, I saw a house with a cat in the window and a neighbor a few doors down was in the yard, so I got out of the van to talk to him. Sure enough, he said the few cats in the area congregate around the other home. I saw 2 more cats with tips as I approached, and knocked on the door to ask if they were missing one of their cats. They described one that sounded like this gal, so I invited them to come to the van to see if it was her.

As soon as I lifted the door to the feral den, they all knew Blackie was home after she had been missing since just before Christmas. Moments like this make all the hours spent door knocking in the hot sun worth it. 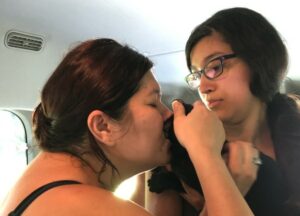 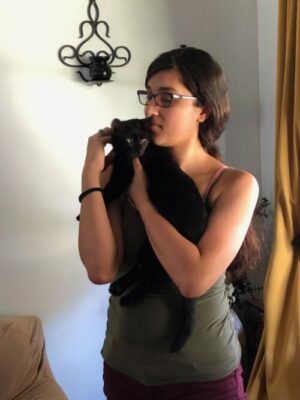 Latest News & Info
June 1 was the beginning of hurricane season and it lasts all the way through November. Given the weather disturbances we

Animal cruelty is related to cruelty to humans.